"Welcome to my humble home, Witnesses. It took 10,000 wretched souls an eternity to craft it by hand. Pleased to meet you."
—The Devil to Ichabod Crane and Lara[src]

The Devil, also known as Satan, is the ruler of Hell. He makes deals with mortals in exchange for their souls. He has made deals with Malcolm Dreyfuss and the Witness Ichabod Crane.

The Devil and his demons have been ruling Hell, using it as a place to punish evil souls and the Devil also took it. Around the 1980s, the Devil sent Jobe to go and make a deal with the drunk and desperate Malcolm Dreyfuss, who had just crashed a car that contained all his life's work after having a breakdown for not getting enough credit in the company he and his partner Ansel built. The reason of this breakdown is because his partner rather unfairly became the face of the company, leaving Malcolm to live in the shadows, unrecognized. Jobe offered to get rid of Ansel and leave Malcolm to manage the company in exchange for his soul when he dies. Malcolm, after seeing what Jobe had in store for him if he didn't agree, took the deal and Ansel was dragged to hell, where demons branded their marks on his body for years.[1]

Lara and Crane, in a desperate attempt to find a way to stop an immortal Malcolm from raising his new world with the aid of the Four Horsemen of the Apocalypse, follow the lead Jobe gave them and enter Hell itself with the intention to have the the Devil aid them in their duty. The devil senses their arrival in hell and at first rides the lift down but immediately appears in front of them sitting in the table before them and greets them casually yet visibly intimidating even Ichabod with his words. After casually telling Ichabod to not confuse himself with definitions on the devil, sarcastically confirming that he is just the Devil that all humans know, the witnesses demand they help him kill Malcolm but he refuses as while he is aware that Malcolm has found a way out of his deal, he has no worries about it, as his new world will bring him more souls for him to torture for all eternity. He then expresses anger on being unable to torture a witness after saying he is bored of their conversation but Ichabod bravely told him to stop intimidating them as hell has rules and even the devil is bound to said rules, therefore he can't trick them into staying through cheap intimidation, causing the Devil to look disappointed. Ichabod then gets fully serious and bravely tells him to stop pushing around and to strike a deal, causing Lucifer to look almost angry before quickly laughing. As it turns out, the only thing that Ichabod has that interests him more than the fact he could torture the souls killed by Malcolm's Apocalypse is his eternal soul. Crane follows the footsteps of Abbie and sacrifices himself for the greater good, offering him a deal that if he aids them in putting a stop in Malcolm for good, then his Eternal Soul will be his upon Ichabod's death. The Devil, delighted with the fact that he gets to torture a Witness for the first time, happily and willingly takes the deal and gives them a piece of the Philosopher's Stone which was destroyed, but he somehow acquired, as it would render Malcolm mortal so that he could be fatally wounded and killed. [2] Crane is later forced to tell Diana, but they both agree to find a way to get him out of his deal. 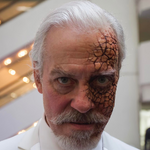 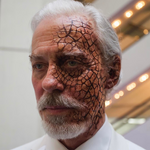 Retrieved from "https://sleepyhollow.fandom.com/wiki/The_Devil?oldid=27306"
Community content is available under CC-BY-SA unless otherwise noted.