The Undead Redcoats are the souls of deceased British soldiers (mostly Hessian soldiers) during revolutionary war. They resided in the Purgatory and were waiting to be summoned by their powerful master, Moloch.

The Zombie Redcoats were awakened by Moloch. However, they failed to enter the human world once Ichabod closed the doorway to Purgatory after he saved Abbie Mills.[1]

While bringing the End of Days, Moloch successfully summoned the undead redcoat soldiers once he burned down the third White Tree. The zombies rose from their graves from Purgatory. However, the first wave of zombie soldiers were all slain by Team Witness using Hawley's ancient weaponry collection and the Sword of Methuselah.[2]

Pandora reanimates William Howe as an undead being as his remains are being sent to Sleepy Hollow from Washington DC, followed by Howe reanimating his old soldiers as an undead army. Crane and Abbie learn that Howe can only be defeated with a secret hidden in his original tomb. Using fragments of Howe's skeleton, they call in a favour from Special Agent Seeley Booth and Doctor Temperance Brennan to analyse the fragments, discovering the tomb underneath the White House, below the area originally designed for George Washington. Learning that the creatures are vulnerable to Greek Fire; although Brennan dismisses it as an early form of napalm- they are about to lure Howe's army underneath Sleepy Hollow and destroy them in the sewers with minimal collateral damage.[3] 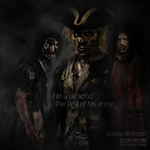 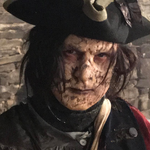 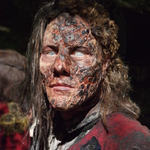 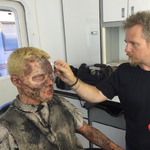 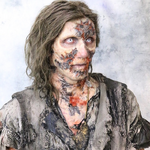 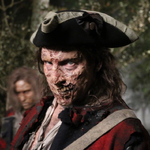 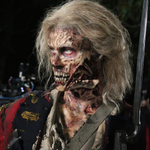 Retrieved from "https://sleepyhollow.fandom.com/wiki/Undead_Redcoats?oldid=27303"
Community content is available under CC-BY-SA unless otherwise noted.